As last year was the 75th anniversary of VE/V75 day and limited activities went ahead Joe Pinguey, RAF Penistone Fundraiser applied to the Council for a grant to fund these plaques.

The plaques are to be fixed to the centenary bench at  Penistone Grammar School in an official ceremony to be held on Friday 18th June.

The plaques were officially handed over to Joe on Friday 4th June by the Town Mayor, Cllr A. Millner.

Town Mayor Cllr A.Millner said ‘I would like to thank Joe Pinguey for his terrific efforts to provide this worthwhile memory of the work of the RAF. I’m delighted to support this commemorative event.’

The photos below show details of the plaques along with Joe Pinguey (left) and the Mayor, Andrew Millner in front of the centenary bench at PGS.
Photos © Jack Briggs, used with permission. 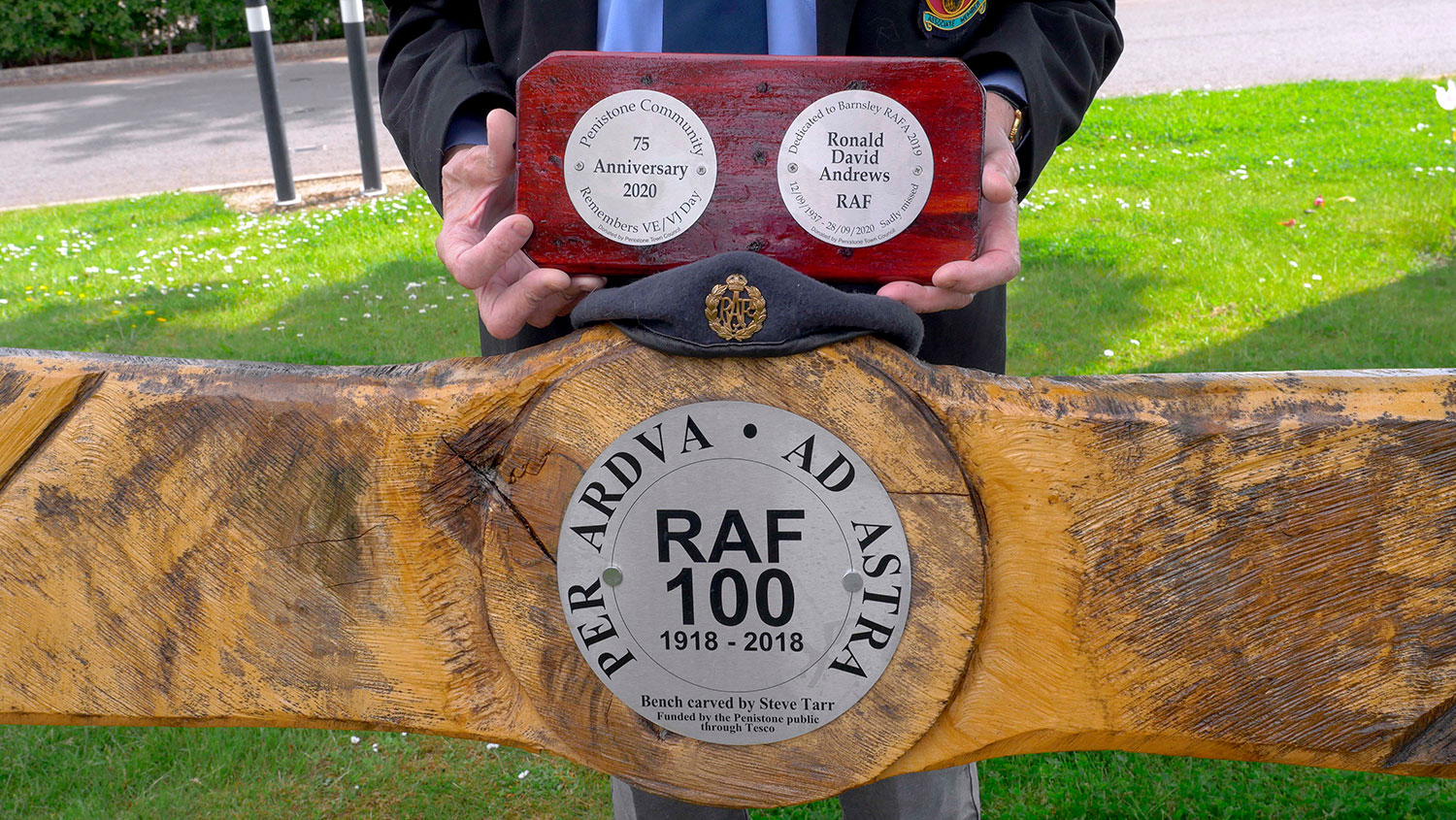 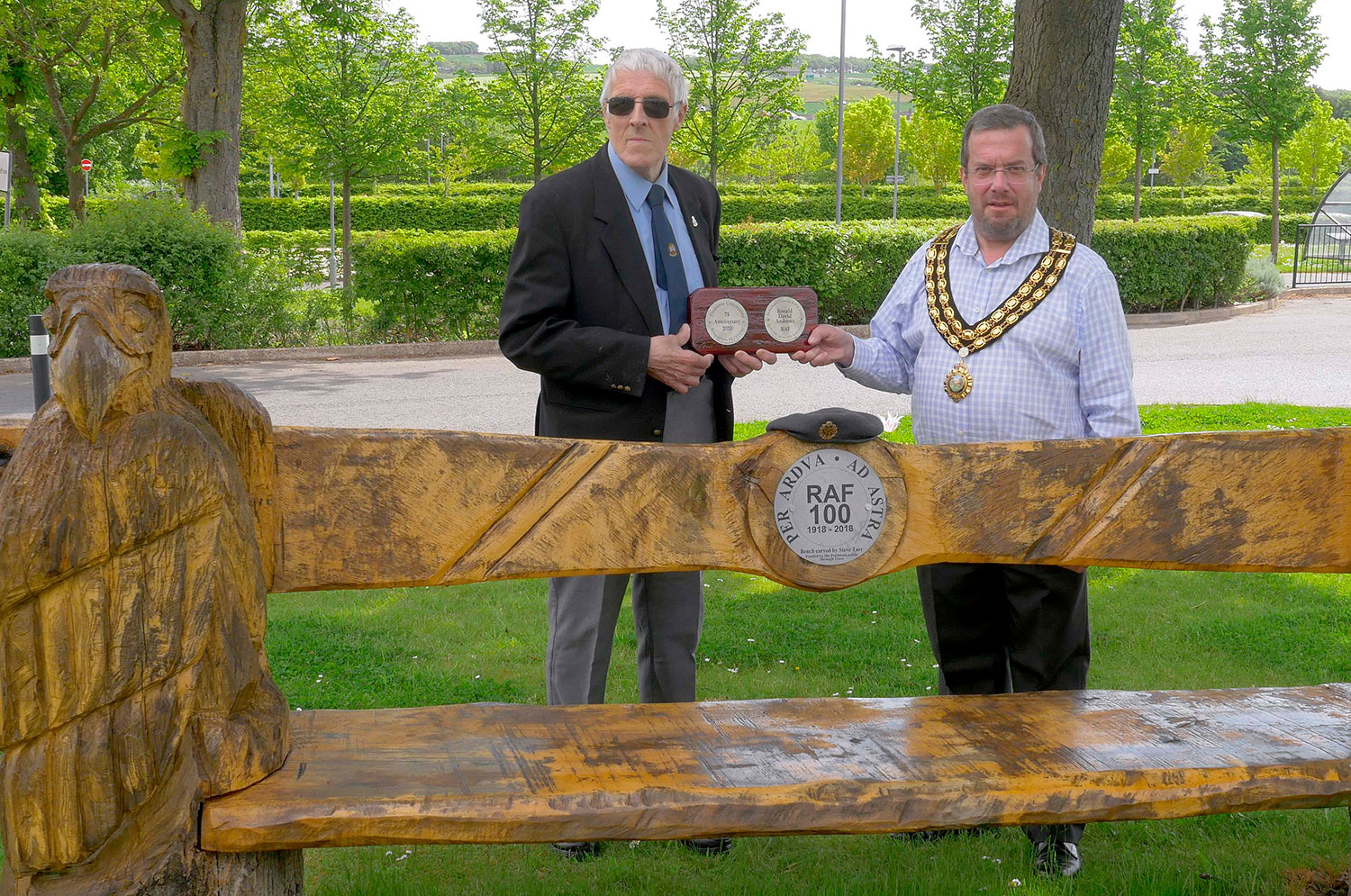